Lifting the storm window up to expose the screen, the breeze came floating into the mudroom.  It smelled and felt so good.  As crazy as it sounds, I could almost smell the sunshine.  It was a beautiful day here in the Hollow and I wanted some of that fresh air to permeate the house even though it meant bringing in that dreaded pollen.

It was mid afternoon when I decided that it was time for me to go sit outside right near the potting bench with my ice cold water bottle, put my feet up and just relax.  However, sometime plans are interrupted as was this one.  Just as I placed my hand on the door handle, I saw a large brown patterned snake crawling slowly across the slate outside the mudroom door.

"Joe, would you come me and tell me what kind of snake this is?"  My speaking had disturbed it and it moved right toward the foundation of the mudroom.  Realizing that it was up against concrete, it made it's way under my potting bench, through the chicken wire fence at my garden bed and slithered off.  Only a second or two later, hearing his recliner go into sit position, I knew the Pres would be there too late as I watched it disappear out of sight.

Immediately grabbing my "National Audubon~Field Guide to the Mid Atlantic,"  I flipped to the section on snakes.  It was either a Copperhead or a Water Snake. 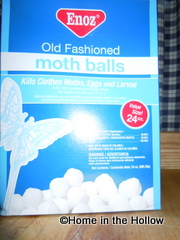 The next day, I put some of these in the perennial bed which is really starting to fill in nicely.  Then I went to place the cement bird bath in it's spot in the front yard and heard something beneath the lilies.  Yes, I watched it slither away under the leaf litter.  Sakes alive!  (Or should I say snakes alive?)  It's time to dig out the tall boots.

That would have been it for me... It's that time of year where the snakes are shedding their skin. My neighbor found a very long snake skin hanging from the corner part of her barn. Her friend said it most likely was a chicken snake.

I hate snakes! I don't care what kind they are. Be careful. I refuse to say anything about the Pres. today, I'm trying to be nice all day.

I've seen one snake this year - a little garden snake when I was out running. A cold front had come through and it got stuck in the path. I had to jump over it 4 times. It died though - next time I went out to run it was lying there dead.

I am horrified of snakes, and we have seen sooo many here already! Several have been poisonous ones too.

What does the moth balls do as far as snakes are concerned? I have heard of using lyme, they say it burns their belly and they won't slither across it.

Yes, break out the high top work boots or rubber garden boots....do not work in sandals....are copperheads common around your place?

So far, we haven't seen one ever on the farm....I hope it stays that way.
I used to think young black snakes were copperheads until I realized the patterns were not hour-glass shaped.

If that had been me, you would have heard me screaming all the way to your house! :-) Snakes are the one thing I am really , really afraid of! We had a black snake in a tree last year right at my eye level--Just when I thought I only had to worry about what was under a rock....

I hope you have a wonderful weekend!!

Ok here is how you tell the difference. the poisonous snake has oval shaped pupils and the head is triangle shaped and the non poisonous has round and a round head
LOOK deep in the snakes eyes and you will know. ha ha...

Thank you so much for this! I haven’t been this thrilled by a blog for a LONG time! You’ve got it, whatever that means in blogging. Ha-ha. You’re definitely someone that has something to say that people need to hear. Keep up the great work. Keep on inspiring the people!

Hire some black ratsnakes to hang out at your place! I've always heard that if you have them, copperheads stay away. No idea how true, but I've never seen a copperhead here and we have several huge ratsnakes.

I know, intellectually, that snakes have their place in the ecosystem but to me there are only two varieties of snakes....good ones and the ones that can still wiggle.

Still shuddering. We have rattlesnakes around here and I tend to go out in the backyard and stomp around in the hopes that anything out there will go away before my kids go out. Time to look up the mothballs!

Well you are a lot braver then I am by far!
sandie

Yikes! That is too close for my comfort too! I hope the moth balls help! I've heard that they do. I will say that I've seen that if the snakes eyes are cat shaped then they are the poisonous ones. If the eyes are round then they aren't. Google it to make sure but in my book the only good snake is a dead snake! Keep your shovel handy! They are hard to kill from watching my husband kill them. I only drive over them on the road with my truck! Sometimes I will even go off the road to try to make sure I got it! lol

Just remember that a snakes will only bite if (A) it wants to eat you'
(B) you threaten it.
When you go out on warm sunny days, and figure a snake might be out getting warmed up, move a little slower and at your garden ruffle through the plants a little to give snakie a heads up, you will see him take of to get away from you.and if you see him coil up and put a "s" pattern in his neck stand still and slowly take step back, then another. No REAL reason to be afraid if you are aware. and always look for the triangle shaped head, vipers have very wide jaws and a very tapered snout