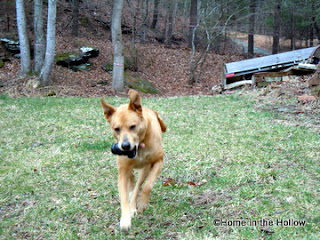 To Copper, life is just fun and games.  I mean, look at him. He was made to move.  I refer to him as my handsome boy!  He, as you can see, was in play mode while I was picking up "dog residue," and sticks are the yard the other day.  I should have taught him to pick up sticks, not retrieve them! 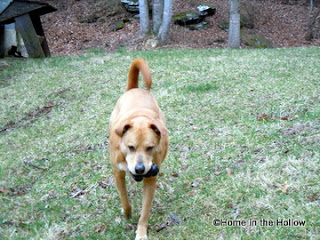 As he got closer, he fumbled, dropping his Kong.  He stopped, picked it back up and continued his trek. 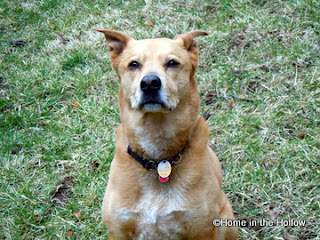 He brought me Kong and I said, "release" as I took it from his mouth.  Then once again the energy kicked in and he started bobbing and spinning for me to throw it again.  This time, I gave him the hand signal to "sit."  I like to keep him on his toes and not let him get bored with the same commands and actions over and over.  You know, it's like throwing him a curve ball once in a while.  Diversity is the best thing to keep a hyper over active dog happy.  Can't you see the wheels turning inside that head of his?

His face says it all...devotion, love...unconditional love!
Posted by Unknown at 5:16 AM