I called up Mike the other day and asked if I could stop by. 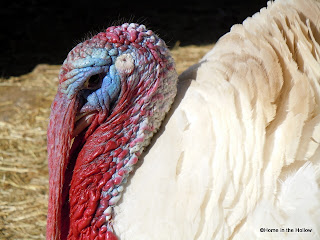 And while he picked up all the "poopie",

To all the animals he has over there

But when I saw this one, I couldn't help but stare!

My goodness, he was as big as a barge!

For goodness sake, it made me feel thin!

"He likes you, " said Mike, as the bird started to "talk"

For you see, where he came from wasn't so great

And now Mike is talking about giving him a mate!

Yes, Mike took him in and gave him a new home

He didn't want the poor fellow to be all alone.

But before I knew it, it was time to say "bye"

I hopped in my car and just kept saying "Oh, my!"


P.S.  I'm heading over to Verde Farm  for Farm Friend Fridays.  See you there!